Your Expenditure Can Make You Poor! | Kakra Baiden 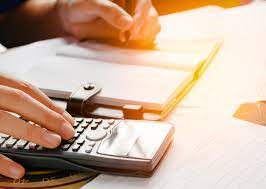 Genesis 26:12-14
“Then Isaac sowed in that land, and received in the same year an hundredfold: and the LORD blessed him. And the man waxed great, and went forward, and grew until he became very great For he had possession of flocks, and possession of herds, and great store of servants: and the Philistines envied him.”
Ghana is one of the world’s largest producers of cocoa. A man called Tetteh Quashie brought the seeds into the country from Fernando Pó, which is now called Bioko in Equatorial Guinea. In those days, no one was allowed to take cocoa beans out of that country. Despite this fact, Tetteh Quashie hid some seeds in his pocket and ran to Ghana.
Sometimes, when we have money, we see it as something to be consumed. And many times, we think it is so small and cannot do much. We always want to wait for “the big one” to come before we do something meaningful. Imagine if Tetteh Quashie had waited for a container of cocoa beans; Ghana would not have been among the leading producers cocoa in the world.
If you have only five dollars to your name, you are a rich man. You do not need anymore. Tetteh Quashie just needed a few beans; that was it. Now, it has built schools, clinics, roads, hospitals; it has done so many things. That is why you should not be worried that you do not have enough because it can multiply itself.
Spend your little money in productive areas not in consumer foods. It will release the power of multiplication!
Kakra Baiden 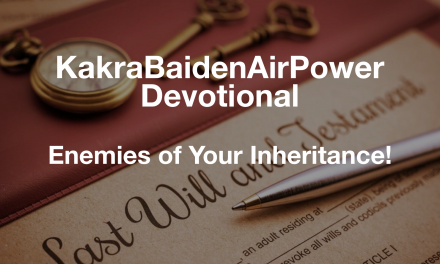 Enemies of Your Inheritance!

How To Fulfill Your Calling!