Some Wars You Must Fight! | Kakra Baiden

Some Wars You Must Fight!

1 Timothy 6:12
“Fight a good fight of faith, lay hold on eternal life, whereunto thou art also called, and hast professed a good profession before many witnesses.”

One day my father fell ill and went to a number of hospitals. He saw several doctors, but no one could tell the cause of the disease. At a point, he became bedridden.

One day a prayer team from his church came to his bedroom to pray with him for healing. They had decided to fight this sickness with faith. They prayed for about one hour. Nothing happened to him after the prayer; he was still very sick. That same night as he slept, he was abruptly awoken around 2 am. Suddenly a very bright light engulfed the whole room. He realized he was not alone. Standing at his bedside were two women and a little boy. They seemed startled, because the light had come on unexpectedly. Realizing they had been exposed, they covered their faces and fled out of his room.

The bright lights began to recede and the room became dark again. Instantly he knew he had received a visitation from the Lord.

When the glory of God shines in the spirit realm, the power of darkness cannot withstand it.
He suddenly felt strong, got out of his bed, and walked downstairs. God had healed him completely!

He started rejoicing in Jesus. He woke my mother up and told her he had been healed. Initially my mother did not believe it, but she later realized that truly God had healed him. When the devil is fighting to steal your health, fight him back. Do not listen to the negative doctor’s report; listen to God, for you shall not die but live to declare the works of the Lord.

When you are interested in someone, do not let another person scare you away with his luxurious car. Fight back and win the love of your life. David killed his Goliath in order to bring peace to Israel. You must dare to kill yours.

Paul encourages us to fight the good fight of faith. It is a good fight because the results has been predetermined; we are winners! All we need to do is to stay on our feet till the final bell.

Keep fighting until the battle is won! 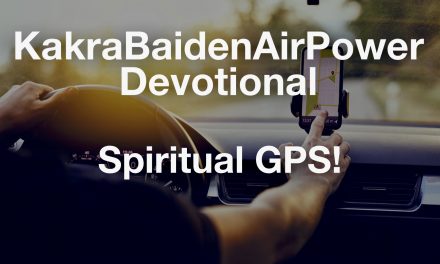 Are You Beyond Advice?

How To Fulfill Your Calling!

The Courts of Heaven!