Point of No Return! | Kakra Baiden 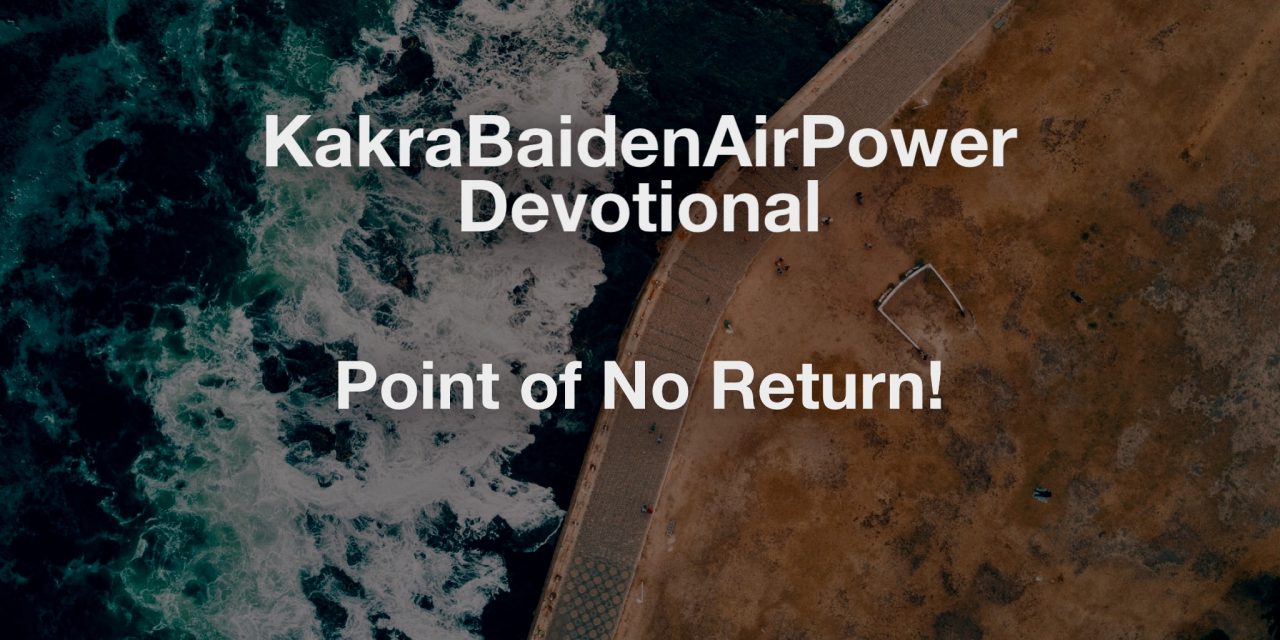 2 Chronicles 25:9
“And Amaziah said to the man of God, But what shall we do for the hundred talents which I have given to the army of Israel? And the man of God answered, The Lord is able to give thee much more than this.”

I have counseled people who felt they had gone too far with their disobedience to return to God. Sometimes, it’s about a negative relationship; to break away from it would cause serious collateral damage. Other times it is because time has gone by and it’s irretrievable.

What do you do when you are committed to something that is not in the will of God?

Amaziah had prepared an army for war and even went further and hired three hundred thousand soldiers to help him. He invested a lot of time and resources in this venture. Just when he was ready to go to battle, a prophet told him it was not in the will of God, so he should abort it.

He was gutted and enquired of the prophet, “What about all the money and commitments I have made?” The prophet replied that the cost of disobedience would outweigh the cost of obedience; moreover, the Lord was able to restore whatever would be lost.

Sometimes, in our desperation to avoid losses we go against God’s Word. Let’s trust and obey because God is a restorer!

How To Avoid A Dry Marriage!

The Coming of Titus