I Am Told! | Kakra Baiden

Does it matter how you behave privately and secretly, where few see or know what you do and there seems to be no visible reward for good behavior? It could be in your marriage, office, home, or how you relate to others.

There was a widow in the Bible called Ruth, who treated her aging mother-in-law very well. Although her works were not visible to many, her good works were “told” to others. It finally reached the ears of a rich unmarried man called Boaz. He married her and she became the great-great-grandmother of Jesus.

Below is part of an excerpt of her first meeting with Boaz the rich man.

At this, she bowed down with her face to the ground. She asked him, “Why have I found such favor in your eyes that you notice me – a foreigner?” Boaz replied, “I’ve been told all about what you have done for your mother-in-law since the death of your husband – how you left your father and mother and your homeland and came to live with a people you did not know before.”

Decide to do the right things secretly and privately; you never know to whom it will be “told.”

A good recommendation can give you favor even before strangers and open great doors.

If something is to be “told” about you what will it be? Write a good story about your life.

Money Can’t Love You Back 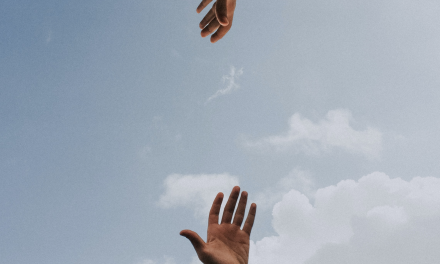 Help From An Unlikely Source!

The Mouth And The Staff!

The Delight of the Lord!