The Afflictions of The Righteous. | Kakra Baiden

The Afflictions of The Righteous.

Genesis 40:15
“For indeed I was stolen away out of the land of the Hebrews: and here also have I done nothing that they should put me into the dungeon.”

Joseph was victimized because of righteousness. His own brothers sold him into slavery because he refused to partake of their evil deeds but rather reported them. Portiphar’s wife accused him of rape because he refused to have an affair with her.
He found himself in slavery and prison for all the wrong reasons.

When we find ourselves in situations like that, we should continue to reward evil with good because scripture says; do not be overcome with evil but overcome evil with good. Joseph emerged from the prison to become a governor because he forgave his brothers.

God honors his word so keep on doing good.

My God Shall Supply All Your Needs!

Do You Want God To Be With You? 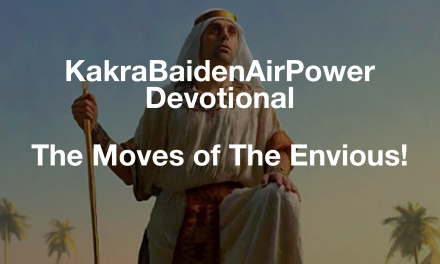 You Can Survive A Setback!