How To Convince God! | Kakra Baiden 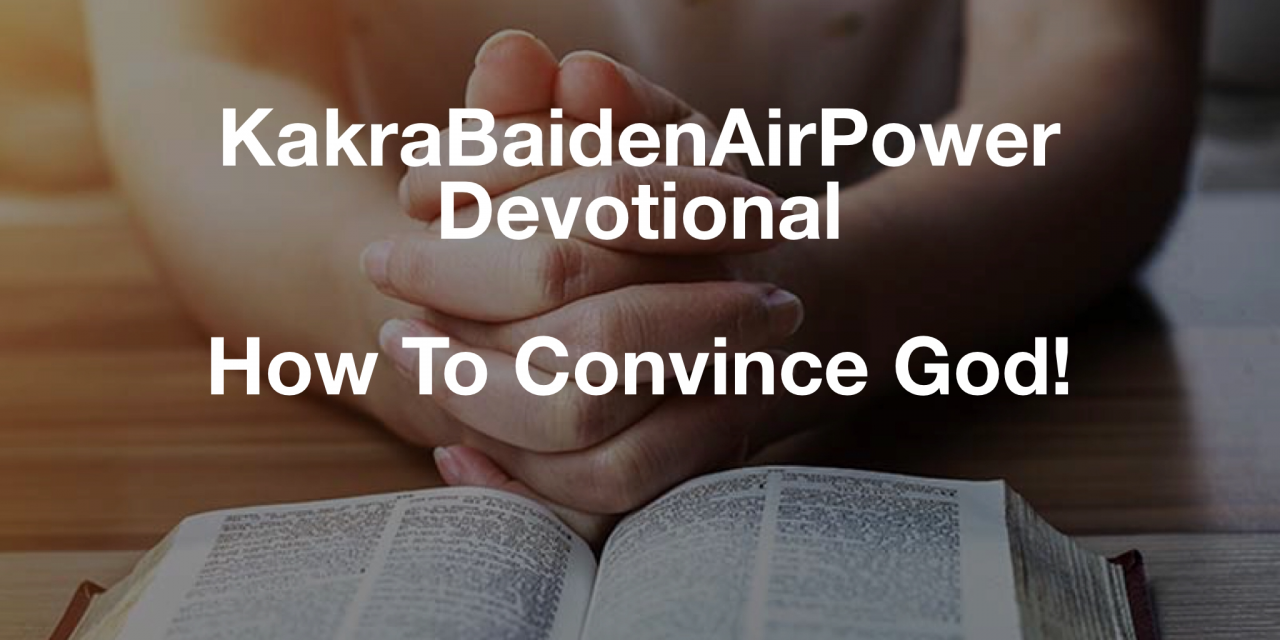 It is possible to convince God to rescind a particular decision, and rule in your favor. How can you do this?

God wanted to destroy Israel and raise up a new nation through Moses, because of their rebellion. Moses was able to successfully change His mind. How was he able to do it?

Exodus 32:12-14
“Why should the Egyptians say, ‘It was with evil intent that he brought them out, to kill them in the mountains and to wipe them off the face of the earth’? Turn from your fierce anger; relent and do not bring disaster on your people. Remember your servants Abraham, Isaac and Israel, to whom you swore by your own self: ‘I will make your descendants as numerous as the stars in the sky and I will give your descendants all this land I promised them, and it will be their inheritance forever.’” Then the Lord relented and did not bring on his people the disaster he had threatened.”

Using these principles, he was able to win the argument.

Do you want the Lord to do something for you? You can try this approach!

It’s Dangerous To Be Desperate!

The Courts of Heaven!

The Wisdom Of Silence!