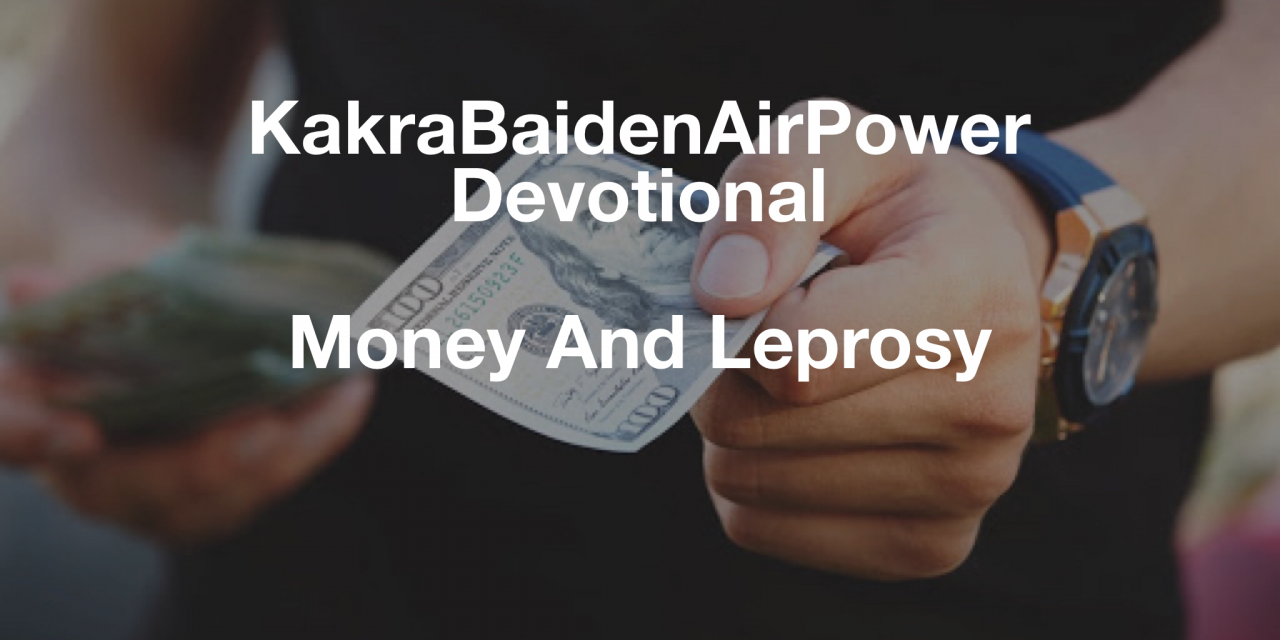 Money is important. It increases your capacity to do many things; good or bad. However, it is dangerous to sacrifice the word of God on the altar of greed and avarice. Why is this so? Because you can have the money you are looking for, but “leprosy” will be attached to it.

Leprosy is a skin disease that can lead to: Loss of sensation, muscle wastage, paralysis, and deformities. It is also contagious. Greed makes some people catch “spiritual leprosy.”

What are the consequences?

2 Kings 5:26-27
“But Elisha said to him, “Was not my spirit with you when the man got down from his chariot to meet you? Is this the time to take money or to accept clothes or olive groves and vineyards, or flocks and herds, or male and female slaves? Naaman’s leprosy will cling to you and to your descendants forever.” Then Gehazi went from Elisha’s presence and his skin was leprous it had become as white as snow.”

Are you looking for money? Make sure you don’t catch “spiritual leprosy.”

Fear God and keep His commandments!

Are You Struggling To Forgive!

The Secret of Peace!