One of the risks of being a successful Christian either by achievements or reputation is the temptation to validate your decisions by your track record. God’s word is higher than any track record or result. That’s why we must always be guided by it.

King Josiah was reputed to be a spiritual and good king. He decided to fight Necho, king of Egypt. The only problem was, it was not sanctioned by God.

2 Chronicles 35:21-23
But Necho sent messengers to him, saying, “What quarrel is there, king of Judah, between you and me? It is not you I am attacking at this time, but the house with which I am at war. God has told me to hurry; so stop opposing God, who is with me, or he will destroy you.”
Josiah, however, would not turn away from him, but disguised himself to engage him in battle…Archers shot King Josiah, and he told his officers, “Take me away; I am badly wounded.”

The unbeliever king, told him he had received instructions from God to fight but he disregarded it, probably because he felt God could not speak to a man like that. He was wrong. He was badly wounded as a result and later died because of this.

Remember that irrespective of your reputation or achievements God’s word is the ultimate and it could come through an unfamiliar channel. 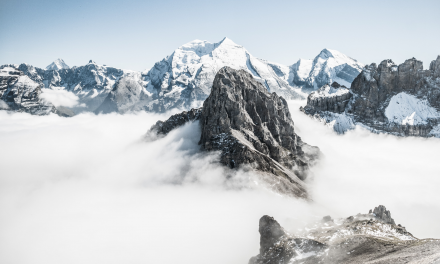 How To Walk In The Wisdom of God.

Why We Sometimes Lose The Things That Are Dear To Us!