I later had the opportunity of meeting you and you prayed a simple prayer, “God, do a creative miracle in his life”. When I got home, I took a nap for a while. As I was lying on the bed I heard a voice say, “The prophet has prayed for him it’s time to leave” but I didn’t see the person.Suddenly, I felt something come out of me. I was very happy I was delivered but I was still sick.

I met a cousin of mine two weeks later who introduced me to a Neurologist. He diagnosed me of Myasthenia Gravis and said I needed to undergo a surgery. He conducted some tests and later said the surgery wouldn’t be necessary. He gave me some drugs and I suddenly recovered. In his owns words he said, “Your recovery has really impressed me.”

Thanks be to God!

I Have Been Promoted!

I Have Been Blessed With a Healthy and Handsome Child 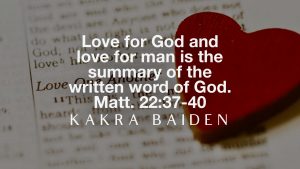