Warning: count(): Parameter must be an array or an object that implements Countable in /home/gjfftmzl/public_html/wp-content/themes/Backup Themes/Extra.bak/includes/template-tags.php on line 54

Warning: count(): Parameter must be an array or an object that implements Countable in /home/gjfftmzl/public_html/wp-content/themes/Backup Themes/Extra.bak/includes/template-tags.php on line 54

A sacrificial lamb is someone who is sacrificed to benefit another person. They pay the price but others reap the rewards.
Sometimes, people are sacrificed to promote others. This could be in an office situation or even in a romantic scenario.

Acts 24:27
“When two years had passed, Felix was succeeded by Porcius Festus, but because Felix wanted to grant a favor to the Jews, he left Paul in prison.

Paul an innocent man was left languishing in prison because Felix the Roman governor wanted to please the Jews to further his own political career.

It’s important to identify and avoid opportunists because they can sacrifice their friendship with you to promote their own interests. They can reveal secrets you have shared with them to gain promotion at your expense. They can replace you in a business by using you as a stepping stone to get to know the boss.

Beware of opportunists and do not bring them too close because they are very dangerous people. Someone was kept in prison to make others happy. Don’t be that one.


Warning: count(): Parameter must be an array or an object that implements Countable in /home/gjfftmzl/public_html/wp-content/themes/Backup Themes/Extra.bak/includes/template-tags.php on line 54

The Value of People! 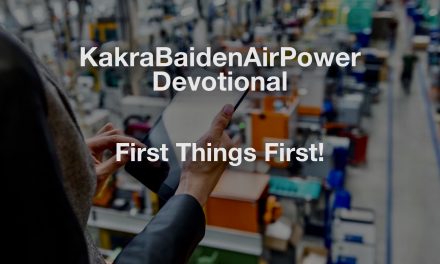