Sometimes when Christians pray about something, they feel there is no need to think about it and take necessary steps that will enhance their chances of success. It’s like God will do everything.

Jacob was traveling with his family and all his possessions when he got wind that Esau was on his way to meet him with four hundred armed men. Knowing his brother nursed a grudge against him, he prayed that God will deliver him from his brother.

After praying, it’s interesting to note that he thought about his situation and took steps to ensure the safety of his family.

“In great fear and distress Jacob divided the people who were with him into two groups, and the flocks and herds and camels as well. He thought, “If Esau comes and attacks one group, the group that is left may escape.” Genesis 32:7-8.

At that time, he had arrived at the Ford of Jabbok. “He spent the night there, and from what he had with him he selected a gift for his brother Esau: Genesis 32:13

I want you to notice the physical steps he took. He divided his family into two, for safety reasons and also prepared a gift for his brother. This was to win his favor.

Is there something you want to do? Think about it and pray about it. 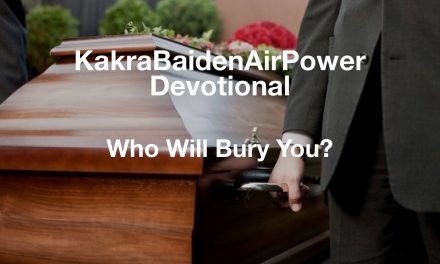 How To Recover From A Setback!

Add To Your Faith!