The gods of Damascus! | Kakra Baiden

2 Chronicles 28:23
“For he sacrificed unto the gods of Damascus, which smote him: and he said, Because the gods of the kings of Syria help them, therefore will I sacrifice to them, that they may help me. But they were the ruin of him, and of all Israel.”

Ahab, the king of Israel abandoned the true God of Israel to follow the gods of the Syrians because he felt their gods were better at helping them.

Sometimes, we are attracted to the god of this world and the things of the world because we believe they offer better results financially, emotionally and even at work than the Lord. For example, you can build a business through deceit, you can cohabit with someone you are not married to or solve your problems using worldly means.
You will have to make sacrifices irrespective of which God you serve. “He sacrificed unto the gods of Damascus,” not the Lord.

Is it not ironic that sometimes we are prepared to sacrifice for the world but refuse to sacrifice for God. The opposite happened and it led to his “ruin.” Relationships have been ruined, careers destroyed, and even lives destroyed by people who abandoned biblical principles to embrace worldly values.

Success Is Not Pretty!

Are You Finding It Difficult To Forgive? 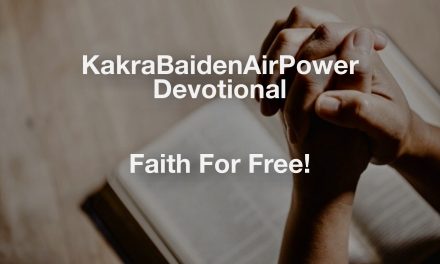