Matthew 2:13 reads “And when they were departed, behold, the angel of the Lord appeareth to Joseph in a dream, saying, Arise, and take the young child and his mother, and flee into Egypt, and be thou there until I bring thee word: for Herod will seek the young child to destroy him.”

When Jesus was born, Herod the king sought to kill him. He wanted to destroy him because he saw him as a threat to his throne. He was wrong because Jesus had no plans of establishing an earthly kingdom. An angel appeared to his father and told him to flee into Egypt to preserve his life. I wonder why they had to flee because after all, God could have protected them.

Sometimes, God’s solution to our problem is not for us to face them but to flee or avoid them.

Do you know that you can be praying about a particular situation when the solution is to flee? You are not expected to win every fight because some fights are won by avoiding them.

Sometimes you don’t need to hang around people you are emotionally vulnerable to. The answer to some threats is fleeing. You don’t have to win every argument, you don’t have to fight everyone who wants a fight.

Pray that God will give you the wisdom to know when to fight and when to run. Get ready to flee.

In The Midst of The Storm! 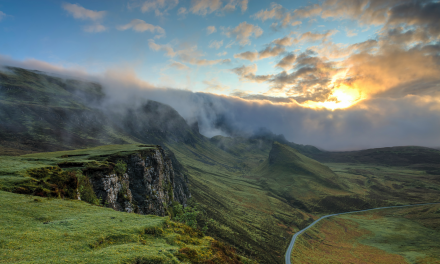